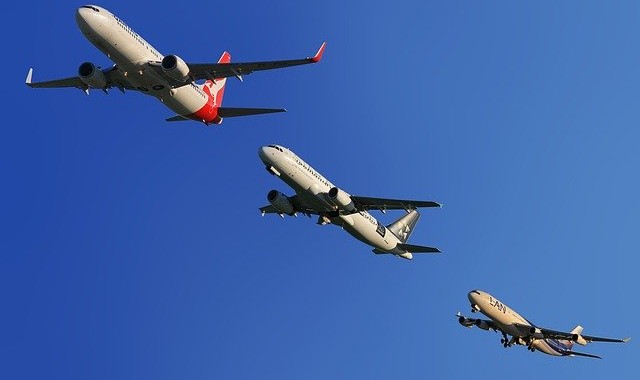 A recent Federal Court decision has given some clarity to how two key grounds of opposition to trade mark registration – the “prior mark” and “prior reputation” grounds – will be interpreted.

Back in 2010, Qantas opposed the registration by Edwards, an online apparel and electronics retailer. Edwards had filed a trade mark application for the following logo in respect of clothing footwear and headgear:

Qantas was unsuccessful in opposing the application before the Trade Marks Office, and so appealed to the Federal Court, basing its opposition on two key grounds.

First, Qantas opposed under section 44 of the Trade Marks Act, contending that the Edwards logo was deceptively similar to Qantas’ registered triangle logo (below) which was registered in class 35 for advertising, marketing and merchandising services.

Yates J asked the question: Are the Qantas Services ‘closely related’ to the Respondent’s Goods? While accepting that the services of Qantas could include giving away clothing and headgear goods such as those sold by Edwards, he held that even so, the Qantas services could be provided in respect of any goods whatsoever, and so nothing made Edward’s goods related or closely related to Qantas’ services.

He was also of the view that, comparing the two marks, there were key points of difference that could not be overlooked including the contrasting triangular element of the Qantas mark to the t-shirt element of Edward’s mark. He concluded that an ordinary member of the public would view the marks as different.

Second, Qantas contended that, under section 60 of the Trade Marks Act, the reputation Qantas had acquired in its mark was such that the use of Edward’s mark would be likely to deceive or cause confusion in the market. Yates J noted that Qantas’ various kangaroo marks (all similar to the one featured above) were often used alongside the word “QANTAS” or on the tail fin of a plane so that unless Edward’s mark was used in the context of promoting airline services, consumers would be unlikely to associate its goods with Qantas. He again pointed to the dissimilarities between the respective marks to find that there was unlikely to be deception or confusion in the market.

Commentators have suggested that this case sets the bar a little higher for trade mark owners intending to rely on section 60 as a ground of opposition.